The Baron Moon-gate and Fence was built just outside of Vancouver. The clients originally had planned to use the fence as a sound wall to shield them from noisy road traffic but since they were going to create a garden with a Japanese theme, they wanted to add the moon-gate to compliment their design. 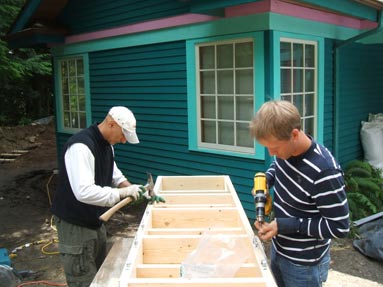 Loren and Fara are building end panels for the form work during a workshop we held at the beginning of  this project. 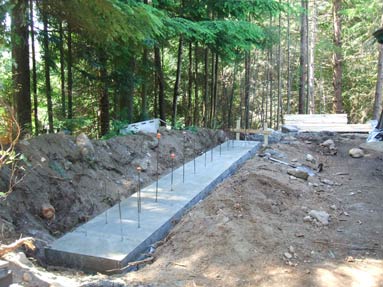 The first section of footing is ready for the 2′ thick pillars and 1′ thick  wall sections, we will make the footing for the moon-gate after we complete this section. 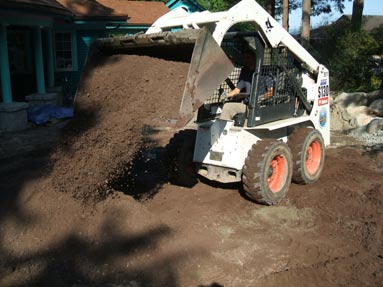 Mixing the first batch. The mix looks like it is made with lots of cocoa but it looks better than it tastes. 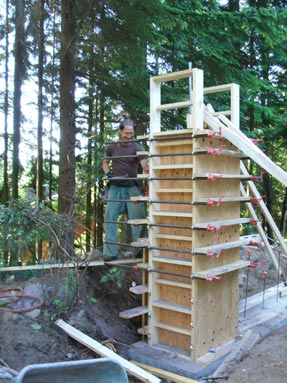 Rudy is taking the forms off  the first pillar. 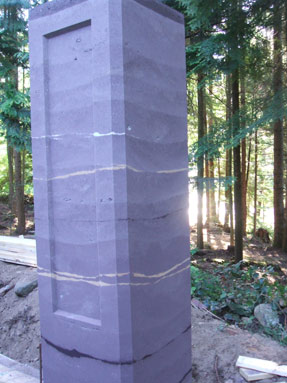 The finished pillar with a chamfer inset. The pillar is more brown than it looks in this picture with the lighting. 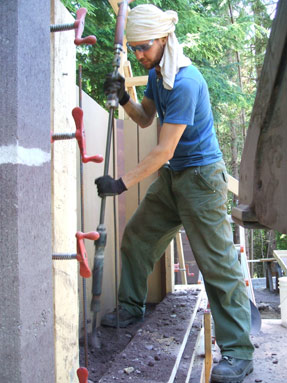 Yashwant compacting the last lift before the next section of form work is added. 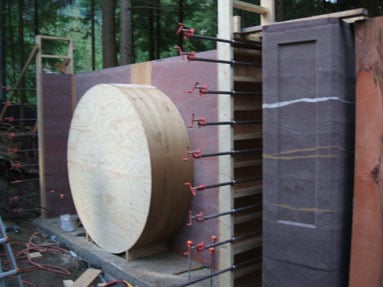 The volume displacement drum is in place and ready for the rest of the forms. The drum is substantially reinforced inside to withstand the ramming process. 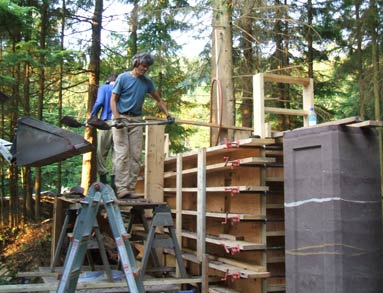 Shoveling into the form containing the drum. 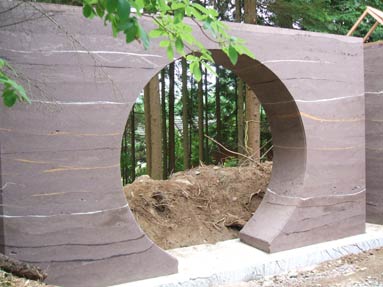 The rammed earth moon-gate , elegant already and not even finished. Once the footing is covered the circle will look like it fades into the ground and there will be a cedar roof on top. The dirt pile behind will be removed and there will be a path to a seating area in the forest. 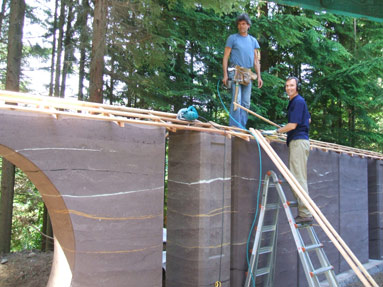 Nikica and David working on the roof. For those of you who are wondering what the gap is between the walls and pillars, that is a feature that will have bamboo between it eventually. 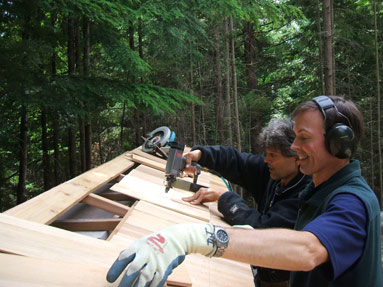 Installing the cedar shakes on the roof. 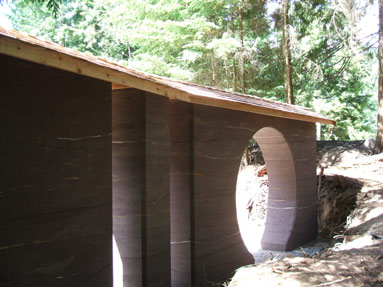 The roof is now done over the moon-gate. 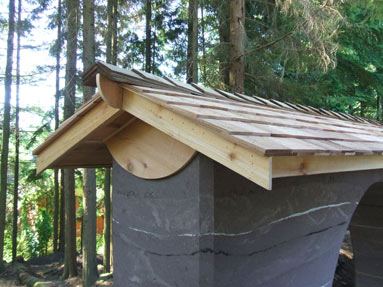 Some nice woodworking to give the special touch. 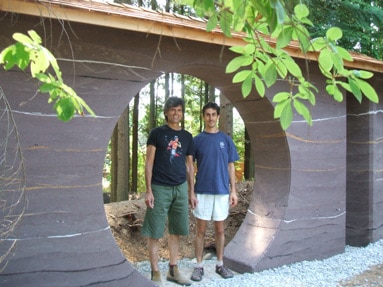 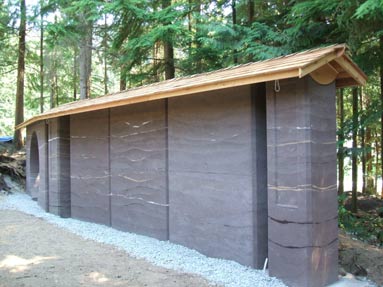 We really enjoyed this project and have spent a lot of time admiring this rammed earth fence, especially the moon-gate which is a big hit with everyone. Having great clients is also a key to a successful project so my compliments to them as well as the whole crew.